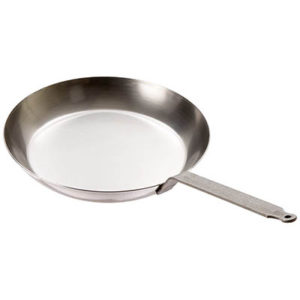 Two pans took top honors as non-stick and they’re both made of carbon steel, though one is far more affordable than the other. According to testers, when they tried the $44 Matfer Bourgeat frying pan, fried eggs just slipped around in the pan and steaks formed a deeply crisp crust. Thank you, Cook’s Illustrated for testing and determining which non-stick pans are worth buying. As you’ll see, the co-winner is the Blu Skillet Ironware, but it costs $230. We’re good with the Matfer.