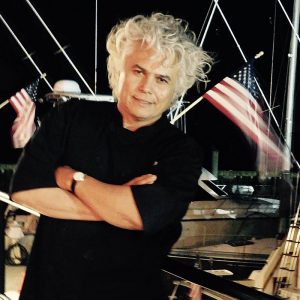 One of Connecticut’s best chefs, Franco Camacho, joins the party for the whole hour, in this favorite from the archive. Franco is Executive Chef for both Geronimo Tequila Bar & Southwest Grill and Shell & Bones Oyster Bar in New Haven. Franco shares his secrets for the perfect guacamole and gluten-free pan-fried oysters. And the gang discusses what makes a great restaurant server. Insider info about the restaurant biz abounds.

MUSIC:
• “Can’t Stop the Feeling,” Justin Timberlake
• “Geronimo,” Sheppard
• “Beans and Cornbread,” Louis Jordan and The Tympany Five
• “Guacamole,” Texas Tornadoes
• “Cook For You,” Twineman
• “Everybody Eats When They Come to My House,” Cab Calloway