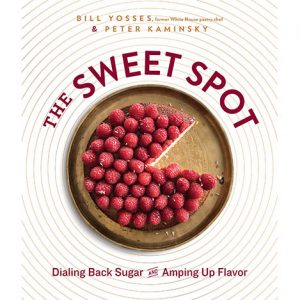 Almond flour, though quite common in French baking, is used less often in American desserts. Combining almond flour with good almond paste is the best way to get the texture and gentle flavor of almonds with an accent on its essential taste. I use almond oil as well as almond extract to suffuse the crumb and to make this cake even more almondy. Although I have greatly reduced the sugar, this is still a pleasantly sweet, citrus-accented cake with a moist crumb and fewer starchy carbs. It’s gluten-free, too!

• ON-DEMAND: Listen to Faith and Bill describe this recipe, as well as others from the book. • 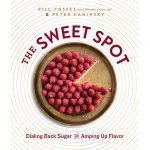 Place the bowl and whisk attachment of a standing mixer in the refrigerator until thoroughly chilled, about 30 minutes.

Return the bowl and whisk to the mixer, combine the cream and sugar in the bowl, and whisk on medium-high speed until soft peaks form. Remove the bowl from the mixer, and using a hand whisk, spoon 1⁄4 cup of the whipped cream into a small bowl. Add the elderflower syrup and mix to incorporate. Pour the mixture back into the mixer bowl with the whipped cream and mix on medium-high speed to incorporate. The cream can be made 1 day in advance and kept tightly covered and refrigerated.