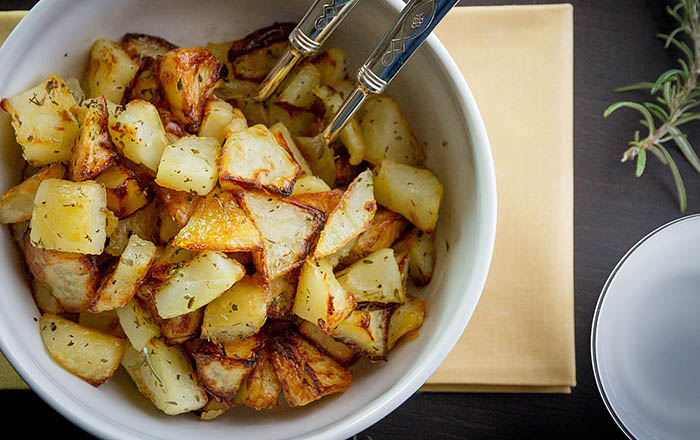 I believe it to be more fact than opinion that perfectly roasted potatoes— golden brown, crispy yet somehow also creamy— are supreme. Making decent and even good roasted potatoes isn’t difficult. After all, it’s as simple as cutting up some potatoes, tossing them in oil and salt, then roasting them in a hot oven until golden. But making seriously delicious roasted potatoes requires one extra step that makes all the difference. The secret is boiling the potatoes in water that has been laced with baking soda before roasting them, which gives them unbelievably fluffy interiors. The baking soda bath breaks down the potato’s pectin and draws the starch to the surface, which promotes browning and the satisfying crispiness that only a perfectly roasted potato can deliver. I like the flavor of Yukon gold, but feel free to substitute another potato variety.

• ON-DEMAND: Listen to Faith and Suzy talk about this recipe as well as many other clever uses for baking soda you may have never thought of. • 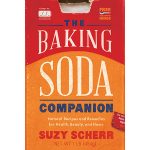 Excerpted from The Baking Soda Companion © 2018 Suzy Scherr. Published by The Countryman Press, a division of W.W. Norton & Company. 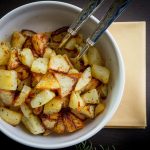