When friends stop by, I am never without dessert. I always have a frozen baguette and chocolate on hand, and that means dessert is minutes away.

After defrosting the bread in the microwave, I slice the baguette horizontally, and top the halves with my favorite dark chocolate chips (Valrhona or Ghirardelli), a touch of olive oil, and a sprinkle of sea salt.  Into the oven it goes, and in a snap, out comes one of the best chocolate feasts on the planet, loved by grown-ups and kids alike. Watch their eyes grow wide when this platter hits the table!

In grill season, I toast the baguette halves first on the grill, add the topping to each half, and close the grill lid for a minute or two until the chocolate melts.

You can make this on any “raft,” by the way, including one that is gluten-free. It all depends what you have on hand or crave—saltines, Glutinos (gluten-free crackers), Matzoh, sliced white bread, or crêpes. 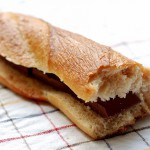 On occasion, just to change it up, I serve ice cream on the side. I love Talenti Belgian Milk Chocolate or Butter Pecan with this; it's now available in most supermarkets. For a dinner party, or if you feel like fancying it up, you could put out some bowls of dried cherries, cranberries, and toasted coconut. 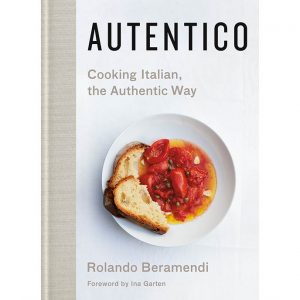