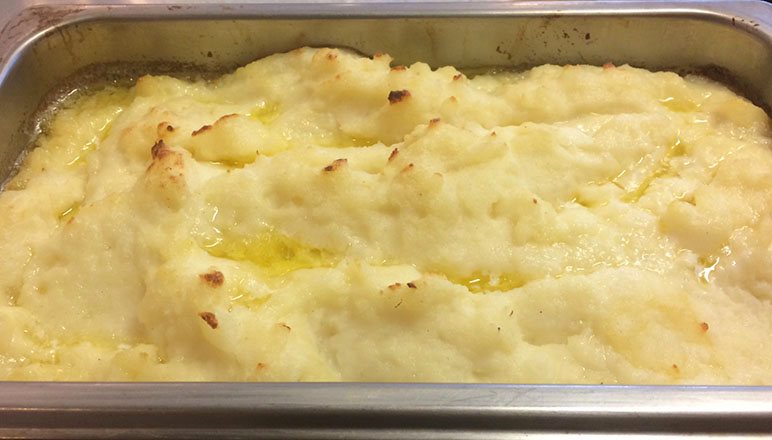 Mashed potatoes are as American as apple pie and fried chicken. Like those other staples of home cooking, mashed potatoes can be tricky to master. You need to start with the right potatoes and do your best not to overcook them or overmash them. The best potatoes for beginners to mash are “dry” potatoes usually used for baking, like Idaho potatoes. These spuds have a lower water content than the waxier varieties, which are best used for salads. Don’t overcook. Remember that while the uncooked potato is often hard like a rock, it’s built more like a sponge with countless starch cells inside. Overheat the potatoes and the swelling starch cells will burst – making for a gluey, gummy mess. Cook the potatoes at what’s known as a slow boil, about 185 to 190 degrees Fahrenheit. The water will bubble, but softly and more slowly than a full boil. Drain the cooked potatoes thoroughly to remove as much excess water as you can. Mash the potatoes slowly and carefully – too much agitation will cause the starch cells to rupture. 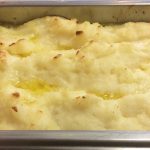 Variation: To make garlic potatoes just add cloves of roasted garlic at the end. To make lobster mashed potatoes add a generous amount of cooked, diced lobster meat at the end. And, to make Faith's Brown Butter Mashed Potatoes: Follow Chris’ instructions, except brown the butter on the stovetop until it’s golden and smells like hazelnuts. Pour it into your mashed potatoes with 3/4 cup of buttermilk and mash it the way Chris does. It’s killer! (Inspired by The Smitten Kitchen Cookbook).