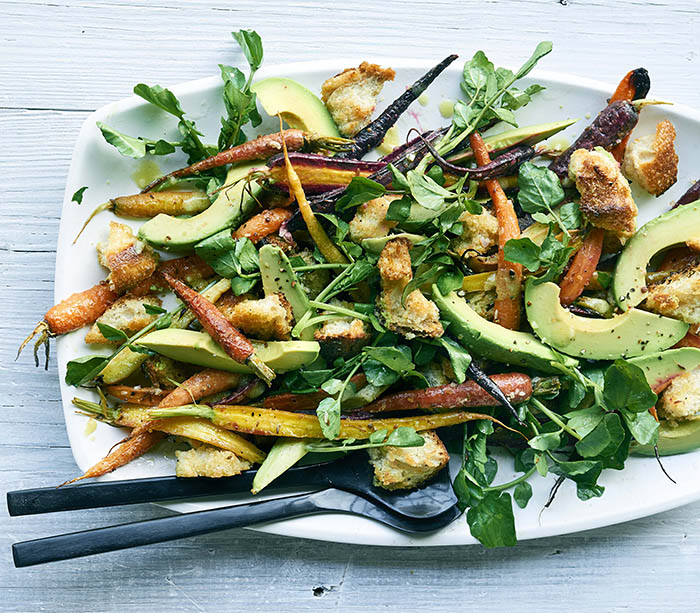 A while back, my buddy Jesse Tyler Ferguson, the incredibly talented actor best known for his role on Modern Family, started a food blog with his friend Julie Tanous. It’s filled with healthy riffs on classic recipes—lots of Paleo, lots of gluten-free. All delicious! To celebrate the launch, our mutual friend Ellen Bennett, an apron designer, threw a potluck brunch at her place in LA, so I flew out. Jesse and I woke up early that morning and each prepared something to bring. He made a tangy-fresh salad with fresh and pickled tomatoes. Me? I made this recipe. Roasted-carrot salads aren’t anything new, but I definitely amped mine up.

• ON-DEMAND: Listen to Faith’s conversation with Justin on The Faith Middleton Food Schmooze®. • 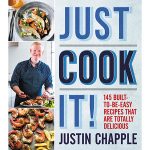 Excerpted from JUST COOK IT! © 2018 by Justin Chapple. Photography © 2018 by David Malosh. Reproduced by permission of Houghton Mifflin Harcourt. All rights reserved. 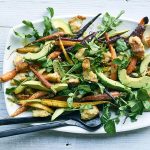