All aboard! Colin Caplan takes Faith and The Food Schmooze® gang on a cocktail crawl through the streets of New Haven on The Elm City Party Bike. Revelers (and peddlers) stop at Olea and BAR for appetizers, cocktails, pizza, and mico-brewed beer. It was the MOST fun! We toast our ride with Domaine J. Laurens, an under-$20 sparkler that’s as delicious as Prosecco, and recommend a bottle (or two) for your holiday gatherings.  After the ride, we head back in the studio to talk root vegetables and fall roasts. THIS is how you kickoff autumn, people! 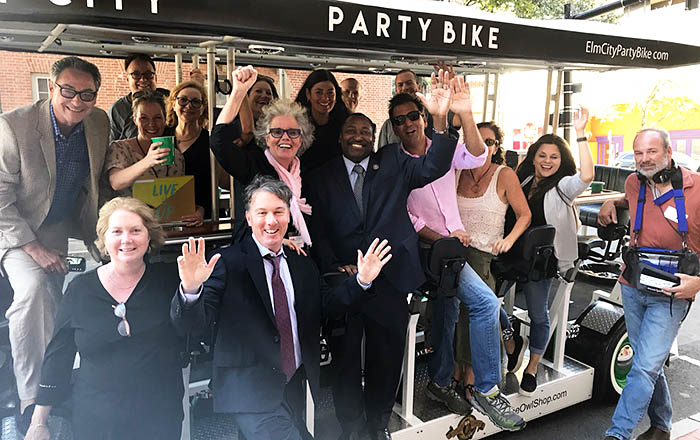 MUSIC:
• “Party Train,” Redfoo
• “Beans and Cornbread,” Louis Jordan and The Tympany Five
• “Fire,” The Pointer Sisters
• “Give Love,” Andy Grammer
• “Everybody Eats When They Come to My House,” Cab Calloway