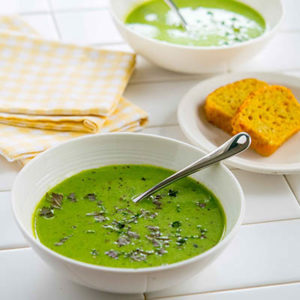 Unlike my husband, who as a child secretly axed the asparagus in his mother’s garden so he wouldn’t have to eat it, I eat asparagus as often as I can. Here is the ultimate springtime soup for us asparagus lovers. Serve it in coffee cups for a cute touch. You can choose which herb you want to use in the soup; each is delicious. Or, try the variations for Broccoli Soup or Cauliflower Soup below.

ON-DEMAND: Listen to Faith and Carol talk about this recipe, as well as others from Carol’s book. 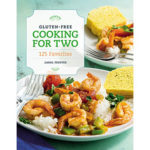 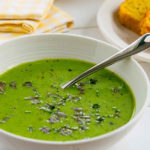 Use this recipe as a template for any gluten-free vegetable soup. Here are Carol's variations:

Cream of Broccoli Soup: Replace the asparagus with the same amount of 1-inch chunks of fresh or frozen broccoli. Proceed as directed. This variation is an excellent way to use up broccoli spears that have been trimmed from the florets.

Cream of Cauliflower Soup: Replace the asparagus with the same amount of 1-inch chunks of fresh cauliflower. Use 1 teaspoon grated Parmesan cheese or soy Parmesan and 1/16 teaspoon (pinch) grated nutmeg in place of the fresh herbs. Proceed as directed.