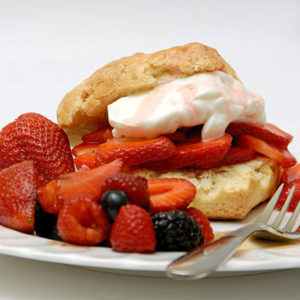 A surprise ingredient is coming to a pizza near you. What could it possibly be? Also this week, New Yorker writer Adam Gopnik joins the party to talk about The Most Beautiful Room in New York, his new musical about food and family. Plus, Mark Raymond pours a summery rosé (yes, it’s affordable), and we revisit 2-ingredient cream biscuits for Mother’s Day because you want to stay on mom’s good side, don’t you? Faith also shares her recipe for Lemony Arugula Pasta with Prosciutto.