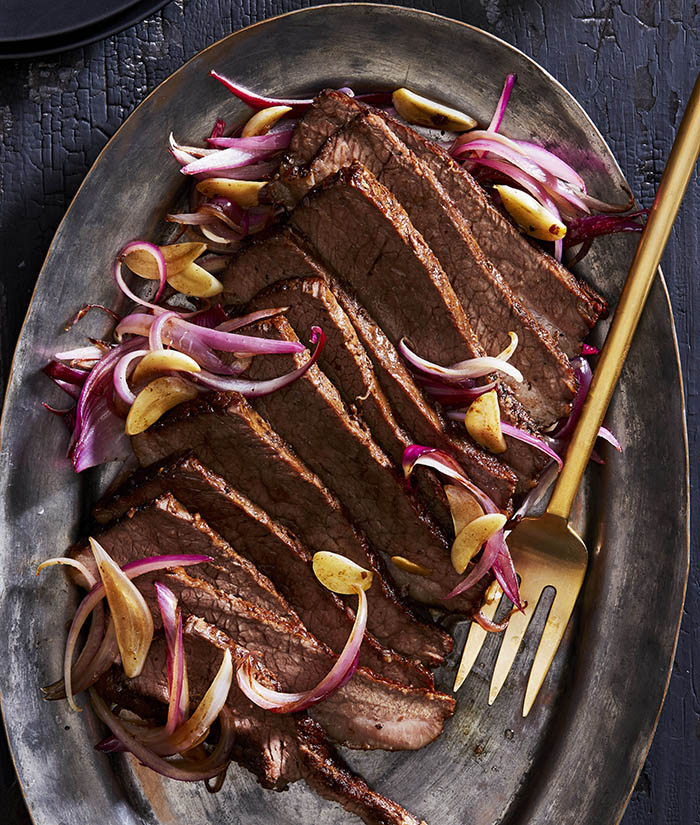 Braised brisket began as poverty cuisine—a method of low-and-slow cooking that was capable of transforming a cheap, tough cut of meat into something desirable. Over time, it has become one of the most iconic dishes of the Jewish American kitchen. It is a favorite for the festive meals on Rosh Hashanah, Sukkot, and Passover, and often served as a substantial main alongside potato latkes on Hanukkah. There are countless variations on the theme of brisket, ranging from sweet and tangy to savory and herby. This version adds brown sugar and balsamic vinegar to the braising liquid, resulting in deep flavor and caramelized edges. Like many braised meat dishes, brisket’s flavor improves with time, so plan to make it a day or two before serving. To slice, find the grain (the thin lines that run in one direction along the brisket) and use a sharp knife to thinly slice perpendicular to those lines. 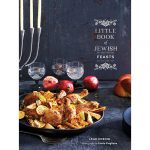 Reprinted from Little Book of Jewish Feasts by Leah Koenig with permission by Chronicle Books, 2018. Photo by Linda Pugliese. 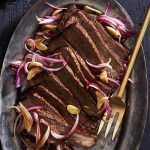