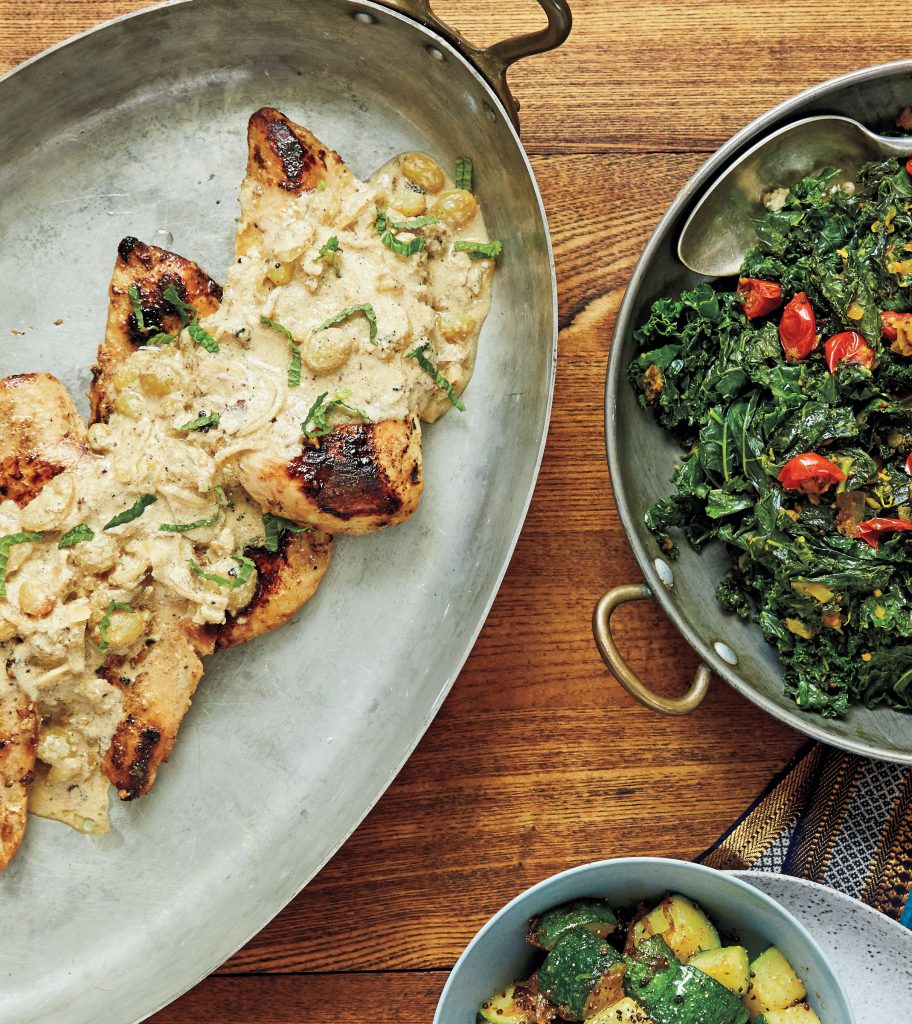 Chicken korma is a traditional Mughal recipe, from the era of Bajirao Mastani (the Mughals were the Muslim invaders that Bajirao and Mastani defeat in the story). Much like the film, korma is traditionally luxurious and over the top, with meat braised in a rich sauce of yogurt, cream, and nuts. I love the flavor of korma, but have always looked for a simpler—and healthier—way to prepare it. This is my solution. I start with thinly cut chicken pieces because they cook quickly and stay juicy the whole way through (there’s nothing worse than dry chicken breast). Of course, if you’re using regular chicken breast, all you need to do is place each piece between a folded sheet of plastic wrap and beat it with a rolling pin or the smooth side of a meat tenderizer until roughly 1/4 inch in uniform thickness. Then, a quick yogurt marinade ensures the spices penetrate the meat to give it a faux-braised taste. And instead of simmering the gravy for an hour, I make a quick pan sauce that’s poured over the breast to give it that classic korma flavor. Think of this as twenty-first-century korma—made with simple techniques to suit our modern lifestyle, but with decadent flavors to suit the emperor inside us all. 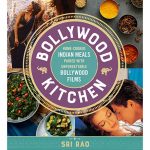 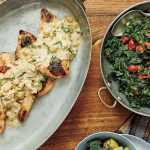 Chicken Korma (Chicken Breasts Smothered in Rich Yogurt Sauce with Almonds and Raisins)
Ingredients
For the marinade
For the chicken
For the pan sauce
Servings: people
Instructions