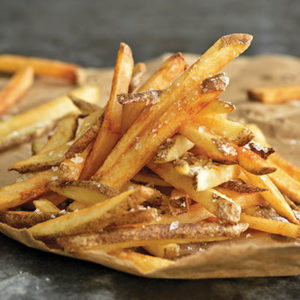 While the Incas invented many techniques for preparing potatoes, frying was not one of them. They either baked or boiled or made flour from them. Until after the arrival of the Europeans, the New World had no cooking oil. But in Europe, with lard and olive oil, frying was a common mode of cooking.

Fried potato recipes began to evolve around the late 1700s and early 1800s. Fritters, pancakes, latkes, hash browns, home fries, and rosti were made under various names around the world. Cottage and home fries became breakfast fare, but deep-frying was mastered in France during the late eighteenth century and the resulting dish was called pommes de terre frites, pommes frites, or pomfrits. In Potato: A Global History, author Andrew Smith notes that in 1801 President Thomas Jefferson brought a French chef to the White House and made a note of a recipe for pommes de terre frites à cru, en petites tranches (raw potatoes cut into small strips and fried).

ON-DEMAND: Listen to Faith and Raghavan Iyer talk about this recipe, as well as other recipes from Raghavan’s book. 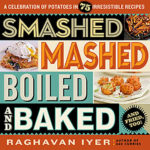 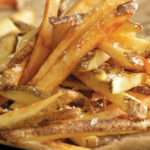 Ultimate French Fries
What makes these French fries Ultimate? The proper technique of cutting the potatoes into the right width, the double frying method (the second frying after being dusted with cornstarch), and the perfect temperatures during both the frying stages deliver the crispy-on-the outside and tender-on-the-inside fry.
Ingredients
Servings: people
Instructions
Recipe Notes

Skip the ketchup. Serve these chips with bowls of Creamy Jalapeño Sauce or Black Bean-Queso Dip.