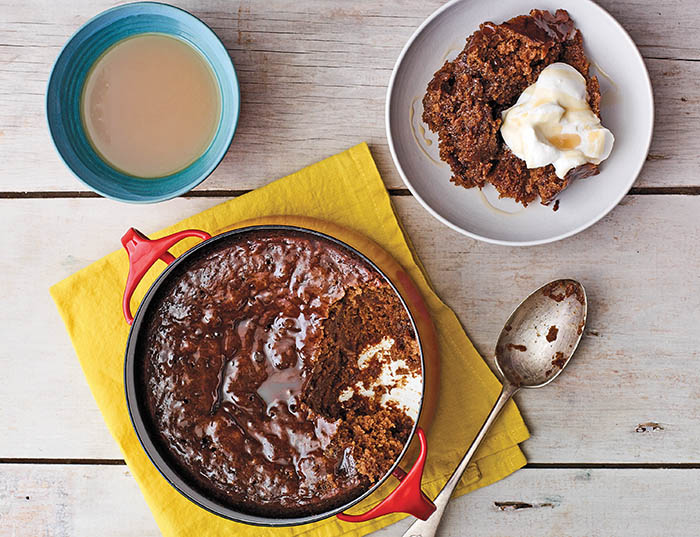 Sticky toffee pudding is a rich British dessert that’s basically an exceptionally moist date cake with caramel sauce poured over the top. Steaming in the slow cooker is an absolutely foolproof way to make it, and this recipe is heavily adapted from one from Food Network Kitchen. The hazard of STP is that it can be too sweet, with the honeyed taste of the dates combined with even more sugar in the cake. I balance all that sweetness by first cooking the dates with strong coffee, an idea I got from Her Majesty Martha Stewart. You don’t taste the coffee in the finished cake, but there is a dark, bitter-edged complexity left behind that’s just perfect. The maple syrup in the easy caramel sauce is also an unorthodox American addition—but maple goes so well with dates.

• ON-DEMAND: Listen to our conversation with Sarah about her sticky toffee pudding recipe, as well as other slow-cooking recipes from her new book. • 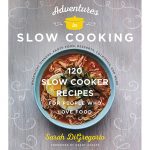 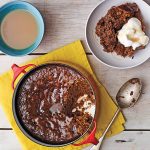 Sticky Toffee Pudding with Maple Caramel
You'll need a 6- to 8-quart slow cooker and a 2-quart soufflé to make this slow-cooker dessert. Good to know: This pudding is best served warm. If you want to make it ahead, let it cool before covering it with plastic wrap and storing at room temperature. Make the sauce just before serving.
Ingredients
For the pudding
For the sauce
Servings: servings
Instructions
Recipe Notes