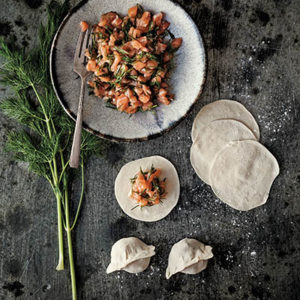 Dill is a classic ingredient in northern Chinese cooking. Salmon, on the other hand, is not, but the combination is too good to ignore, so I decided to wrap them up together in a dumpling. Oily salmon makes for an amazingly rich base compared to the usual cod or shrimp, and a heavy hand with the dill balances it well. To complete the dish, serve these with some sour cream. A little caviar wouldn’t hurt either.

If you make the wrappers from scratch, you’ll need Helen You’s recipe for Boiled Dumpling Wrappers.

ON-DEMAND: Listen to Faith and co-writer Max Falkowitz talk about these dumplings, as well as other dumplings for Chinese New Year. 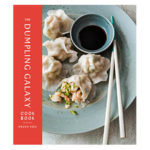 Excerpted from The Dumpling Galaxy Cookbook by Helen You with Max Falkowitz. Published by Clarkson Potter, an imprint of Crown Publishing Group, a division of Penguin Random House, LLC. Copyright ©2017 Helen You. Photograph ©2017 Ed Anderson. 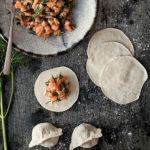