Chef Mehmet Gürs of Istanbul’s Mikla restaurant pairs lamb shanks with an eggplant purée that has the unexpected—for Turkey, at least—addition of béchamel and Gruyère cheese, a nod to his classic European training. 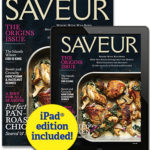 Editor-in-Chief Adam Sachs and Test Kitchen Director Stacy Adimando talked with Faith about this recipe in a special fundraising edition of The Food Schmooze®. With a contribution of $5 a month, you can subscribe to Saveur and support The Faith Middleton Food Schmooze® at the same time. We hope you will. Thank you! 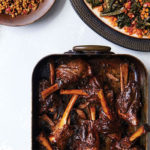