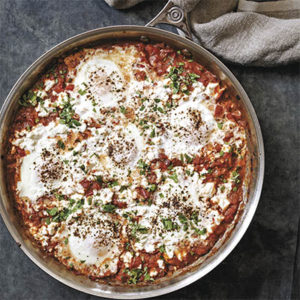 My dear friend and amazing chef Alon Shaya invited me along on a trip to Israel with the equally amazing chefs Mike Solomonov and Ashley Christensen. Preparing for the trip, I wanted to research the Holy Land and its food, so when I hit the ground, I had a grasp on what I could expect. I know a number of people who have made trips there before and all came back blown away. I wanted to suck in every ounce that I could while I was there and I thought going in prepared would help. (A gross miscalculation, it turns out, as there is absolutely no way to prepare yourself for how amazing the food and flavors are in the Holy Land.)

One of the more glaring things about Israel is how similar to the South it is in its ethnic diversity. It is  made up of dozens of different immigrant populations that have converged on this region and created a Middle Eastern gumbo of people and, hence, food. One of the dishes I became fascinated with was shakshouka. So much so that I started cooking it before I left, based on certain principles I surmised would define the dish. I never found a version that knocked my socks off while I was there (though I ate a truckload of other amazing food), and I like our version of it better than any I have yet had. 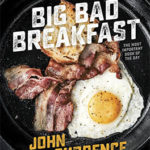 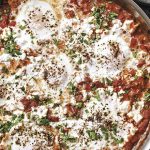 NOTE: Za’atar is actually a couple of things. It is, on  one hand, a regional blend of spices (heavy on sumac and thyme) that takes on different flavor profile depending on the locale and the cook blending it. On the other hand, it is a plant from the oregano family. In the Bible it was referred to as hyssop and is mentioned as a medicinal herb and cleanser. It has a delightful flavor or that’s like a cross between the pepperiness of savory, the earthiness of thyme, and the sweetness of rosemary. Recipes for blending your own za’atar are available all over the Internet.